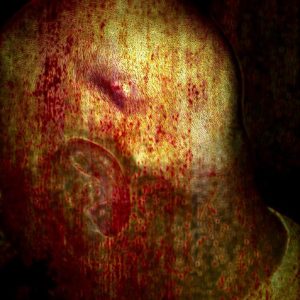 11Grams saw the daylight thanks to the internet. This project is the  meeting between American Rob Early (Retrogramme) and Australian Simeon Fitzpatrick (Project K11). After a few self-released digital EP’s they got in touch with the Italian label EK Product, which appears to be a comfortable home for their sophisticated and intelligent EBM format. I got in touch with Simeon and Rob to get a bit more about their common project.

Q: How did you guys met and what incited you to set up 11Grams? Does it mean you’re now longer involved with your previous bands/projects?

Simeon: Rob and I met through DJ Wolf, a good mutual friend, He’s an Australian remixer known as Digital Anodyne. Rob and Wolf were chatting on social media about a certain defunct record label and I chimed in with a comment which Wolf replied, then introduced me to Rob. I think we started talking about music software, etc.  About a year later we decided to write a song together through the net, called “Immortal” which evolved into 11grams. We both still write for our own band projects.

Q: What’s the explanation behind the band name and what’s hiding behind the album title “Panacea” expect a link with the Goddess of medicines?

Simeon: Rob actually came up with the acronym combining both our band names Project K11 and Retrogramme making 11Grams. I was writing lyrics for the album, I have a dictionary at hand and just opened it to the word Panacea, the universal remedy. It seemed quite suitable for a futuristic album about transhumanism, Rob loved it.

Q: What kind of album and sound did you’d in mind when starting the writing of “Panacea” and how did the composition finally happen?

Rob: I am a big fan of late 80’s to mid 90’s industrial music and EBM.  In my teens, I always wanted to make this music, but didn’t have the resources. As time went by, I started Retrogramme with my close friend Nikk and I started producing others as well. I decided to go back to my roots and create something from the ideas I originally had. Simeon responded to my Facebook post looking for a like-minded musician and I primarily loved his basslines so we decided to give it a go. We are both easygoing people with a crude sense of humor so we got along great and decided to make a full album.

Q: I experienced “Panacea” as a sophisticated composition, which sounds as an antidote to all ‘average’ electro releases sounding pretty similar and without real sound DNA! Do you recognize 11Grams in this ‘statement’ and what’s your perception on contemporary electronic music?

Rob: As we set off to make an industrial/EBM album, we accepted that we were more diverse than just that style, so we decided to allow some of our other influences in while trying to maintain commonalities (complex and dense sound structures, melodies, powerful drums, etc)

As far as current music, there is so much out there that it can sometimes be hard to sift through it all because there isn’t a lot of free time. I depend on friends to introduce me to new stuff, and I also stumble upon it through Soundcloud or Facebook, so I am sure I don’t know all the different genres out there now. But I know there will always be great music regardless of genre and I am just happy when I can stumble upon something that I love.

Q: You invited multiple guest singers and also musicians to accomplish this album. Why did you ask several guest singers, which according to me is much more difficult to realize and especially if you’ve plans to play live?

Simeon: Rob and I are very pedantic about our music, so after I sang on “Machine Malfunction”, “Feel It Like A Drug”, and others that suited my vocal tone, we needed other singers to complement the diversity of the remaining tracks. Roy, Lisa, Chad, Woj all did amazing vocals. Playing live was always going to be a challenge for us, Rob being in Washington DC and me in Australia, but we figured out a set list and in February 2017 I flew over to DC, we practiced for 4 days and did our first show together. Rob previously played a DJ set on New Years 2015 and in November 2017 Roy Retrofit filled in for me on vocals and they played two more shows for 11Grams. Rob is planning to join me in Australia this year for a couple more shows.

Rob: I always find collaboration fun and inspiring. I will always collaborate. I find that collaboration helps build personal friendships and expand creativity, and that to me is very fulfilling.

Q: Daniel Myer seemed to have been really inspired, realizing a great remix of “The Stalker”. How did you get in touch with him and can you analyze his version of “The Stalker”?

Rob: Through label mate Niko Kötzsch of Leipzig-based electronic band Gimme Shelter, I established contact with Daniel Myer and asked if he’d be interested in remixing a song for our album. We were super happy when he said he liked the original and would love to remix it. I’ve been a fan of his music since the early 90’s so I was thrilled when he said yes.  We have since become friends through the internet and have met in the U.S.

I love his version.  To me, it encapsulates what I love about his music.  Very precise programming, powerful drums, interesting vocal effects, and fluid but dark synth sounds. Pure Daniel Myer.