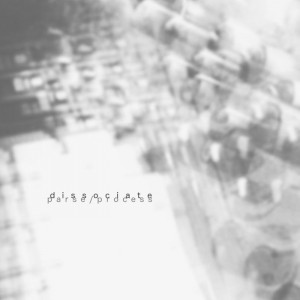 Background/Info: Diossociate is a Minneapolis (USA) based solo-project set up by producer Jonathan L. Ford. This artist has already been active for a couple of years now, but I honestly can’t remember to have ever heard him before. “Parse/Process” is an album featuring 9 cuts and an opportunity to get an idea about the man’s work.

Content: There are several influences and sonic ideas running through this work. It moves from heavy electronics made with cool sound treatments towards transcendental passages to pure experimentation to some enjoyable cinematographic parts.

The work is pretty minimal and sometimes sophisticated. The work reveals great, deep bass sounds and spooky synth parts. Other cuts are more into astral atmospheres carried by broken rhythms. The work is instrumental, but features a few spoken samplings.

+ + + : What I especially appreciate is that Dissociate is trying to create a very own sound mixing different influences with each other. The album is diversified and fascinating from start till finish. I’m more into minimal passages and other sophisticated cuts revealing some IDM elements.

– – – : The mixing and sound production of a few cuts could be better. The opening cut for example sounds a bit like a demo and is a false start of an album, which really reveals great sonic exposures.

Conclusion: Dissociate constructed a solid sonic bridge between different influences. It’s hard to define this album as one particular genre, but it’s a fascinating experience revealing a few great cuts.