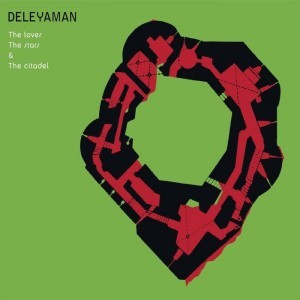 Background/Info: Deleyaman has already been active since 2000. This is the seventh full length album by the band, which is driven by multi-instrumentalist Aret Madilian, singer Beatrice Valantin and duduk player Gerard Madilian. Deleyaman sounds like the meeting between different music cultures and that’s often the reason why they have been linked to ethereal music and Dead Can Dance in particular. So it’s not really a coincidence if Brendan Perry (Dead Can Dance) himself contributed to 2 songs of the album.

Content: Sound-wise Deleyaman remains faithful to their artistic and beautiful mix of ambient and ethereal music. It’s an evasive sound leading your imagination to enter a fantasy world. And here again it’s not that much of a coincidence that 2 songs have been composed for a movie soundtrack of French actress and filmmaker Fanny Ardant (a real great name in the France). The movie entitled “Rouges Sont Des Rêves” will be released early 2017 and features French actor Gerard Depardieu.

The reverie is also matching with the poetry of some lyrics taken from poems by Paul Verlaine, Pierre De Marbeuf, John Clare and Paul Eluard. To bring the poetry really to life the poems have been sung/spoken in French language.

+ + + : The music has this transcendental feeling, which is typical for ethereal music, but  difficult to create. “The Lover, The Stars & The Citadel” is an invitation to dream away to the sound of some traditional instruments. “Escape” featuring Brendan Perry playing Greek bouzouki definitely is one of the highlights. It’s a beautiful ballad revealing a symbiosis between male and female vocals. And one of the other attention grabbers entitled “Autumn Sun” is also featuring Brendan Perry now playing some percussions. But here again I noticed a great harmony between female- and male vocals, and deeply artistic playing of acoustic instruments.

– – – : This a great and entertaining opus without real minus points. I was just a bit wondering a bit about the artwork of the cover, which looks less ethereal and more psychedelic-like.

Conclusion: The number seven often is a magic number and the least I can say is that this seventh album by Deleyaman is a real piece of sonic magic! This is beautiful music joined by great poetry.