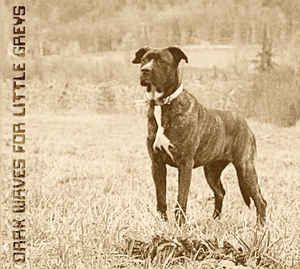 Background/Info: Deadrow77 is a French solo-project driven by Fabien Della Roma. A first album was released a long time ago (2005) on Facthedral’s Hall while this new work has been introduced as improvisations that were accomplished in 2013 and 2014.

Content: The first disc features cuts from 2013 and the second disc from 2014. There’s no real difference between both disc; the style and influences remain pretty similar. The work is characterized by simplicity. The sound is electronic, mainly into ambient- and cinematographic influences, but still feature minimal-electro passages and even a kind of ambient-EBM-sounds. I also noticed some tribal elements on the second disc.

+ + + : One thing is for sure, this is the kind of album you are going to like or not! That’s an aspect I’ve always fully supported and especially because Deadrow77 deals with something different from the masses. It’s not a ‘standard’ sound, but an artist who tries to create his own sound and style. I like some of the raw sound sculptures, but especially the few cuts feature some tribal aspects on the second disc.

– – – : Despite of the original approach, I’m not into this kind of improvisation, which rapidly starts to be predictable. The DCD format will enchant the lovers of this band, but it’s definitely over the top for the others. There’s no real climax! I’m also missing the name of the band on the front cover; it’s a choice, but not exactly the best way to catch the attention!

Conclusion: Deadrow77 sounds like a real challenge; you’re either going to like it or not. There’s no way in between although I can imagine this work could be more credible when joined by some visual arts.