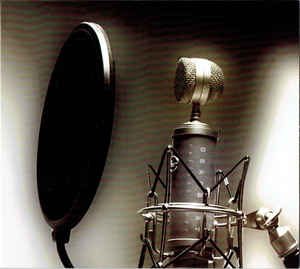 Background/Info: Deadbeat is a Swedish synth-pop project driven by the creative spirit of Magnus Norr. “Reflektioner” is my personal introduction to this formation although a few previous work has been released. The main particularity of this work is the contribution of several guest singers. This is an opportunity to (re)discover Compute, Frl. Plastique (Welle: Erdball, The Girl & The Robot), Toril Lindqvist (Alice In Videoland) plus two less familiar artists Ida Lagerlöf and Millie Ajanovic Nordh.

Content: Deadbeat took me by surprise. I didn’t know what to expect, but I discovered a mature and well-crafted electro-pop composition in the truest Swedish tradition. The main particularity is the Swedish language. It’s not that new, but it always injects a surprising and somewhat exotic effect for non-Swedish music lovers.

From happy sounding pop songs, which now and then remind me of Erasure to vintage passages to songs with subtle sound arrangements and delicate bleeps plus a few alluring vocal parts this work really has a lot to offer.

The final songs are remixes by Lackan, Mats Forsell and Kloon.

+ + + : Sweden remains one of the most prolific grounds for great synth-pop music. Deadbeat is not reinventing the genre, but is an accomplished ode to synth-pop music. The global production process is absolutely perfect while we get multiple great songs revealing “Den Brända Jordens Taktik” as absolute apotheosis. Most of the guest singers are adding a real bonus and I mainly think about the charismatic Compute and the particular timbre of voice of Frl. Plastique. The least I can say is that there’s a real symbiosis between the musician and the singers.

– – – : I like the digipak format, but unfortunately it’s not that easy to fully distinguish the band name. It’s maybe a detail, but it has its importance. All remixes are okay, but not exactly adding a real bonus.

Conclusion: Deadbeat is a band I highly recommend and especially for all those who like Swedish electro-pop. This is a band with a real professional and accomplished sound.