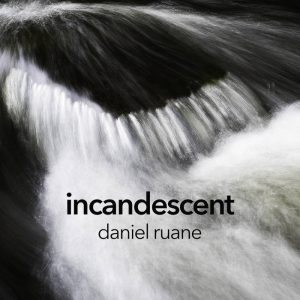 Background/Info: Daniel Ruane is a British producer based in Manchester. Last year he released the acclaimed album “The Interpreter” and is now back on track unleashing 4 new cuts.

Content: “Incandescent” takes off in an experimental way, but rapidly reveals the real ingredients and influences it has been made of. Is this artist a hybrid between Biosphere and Autechre? It however is an interesting basis, which might have served as sources of inspiration.

+ + + : Daniel Ruane stands for an extraordinary sound production. This producer is a real genius sound crafter and a brilliant producer. The volume and power of his mixing are overwhelming. But the music properly speaking is also resulting from an ultra creative process, which makes me think of a futuristic soundtrack. This is a visionary approach of electro-ambient music, which I can only, but highly recommend.

– – – : There’s just one single piece (cf. “Amino”), which doesn’t exactly sound like a highlight, but in the end you don’t hear me complain!

Conclusion: Daniel Ruane belongs to a new and talented restricted list of contemporary producers mixing different genres together. If you’re wondering how the electro-ambient music of the future will sound, just listen to “Incandescent”.