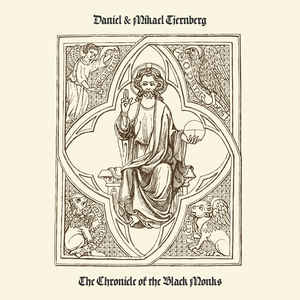 Background/Info: The Tjernberg brothers have already been active for years now. they played in different bands, but are mainly active composing jazz-inspired and cinematographic music. This album was originally written for a Swedish historical movie and has been now remastered featuring one bonus track.

Content: The opening cut sounds a bit as improvised neo-classic music, but the upcoming songs clearly reveal a styled and totally neo-classic approach. It also is the kind of music that is totally appropriated as a soundtrack composition. There are many instruments running through this work; from piano to clarinet to organ to epic chants, but still one song (cf. “The Journey” featuring tribal percussion parts. This work moves from drama parts into reverie passages.

+ + + : I’m not a huge fan of classical music, but some tracks of this work reminds me of George Gershwin for the piano and to Sergei Prokofiev for the drama. It’s first of all a real artistic composition. I like the few epic chants running through the work (cf. “Gerhard The Monk”) and the previously mentioned tribal element.

– – – : The opening piece is not my favorite one for being more chaotic and improvised while the extra cut added to this remastered edit sounds totally different and more dark-ambient like. It’s a cool piece, but not really matching with the tracklist.

Conclusion: If you’re into neo-classic and soundtrack music you definitely gone like this opus.