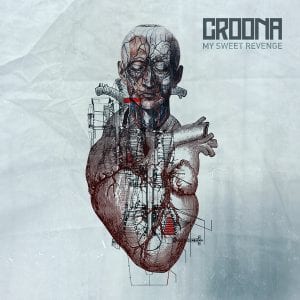 Background/Info: You for sure know Fredrik Croona from his involvement with Cynical Existence and Project Rotten. The past few years he also released a kind of dark future-pop music as Fredrik Croona. And he now strikes back as ‘Croona’ and signed to Infacted Recordings.

Content: The title song features Avarice In Audio and is a rather hard and harsh kind of electro-pop music. The song is much harder than the stuff released as Fredrik Croona. We next get 2 more songs, which are carried by hard kicks. Both last songs are remixes, first by ES23 and next by Schwarzstern.

+ + + : I experienced this first exposure of Croona as an offspring between the dark electro-pop of the Fredrik Croona productions and the harsher (evil) side of Cynical Existence. It’s a hard exposure of electro-pop music and not a new Depeche Mode copyist, which for Swedish ‘pop’ formations is rather rare. The title song makes sense and will for sure bring people to dance.

– – – : I expected a bit more out of the remixes and especially the one by ES23, which is a band I really like. I can’t say I was totally convinced by this debut, but let’s wait for the album to get an idea about the potential of Croona.

Conclusion: If electro-pop music makes you happy, Croona reveals an evil and merciless side!