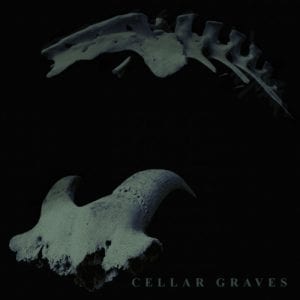 Content: “Omen” is a fascinating work, which of course reminds me of the legendary movie. It’s not a coincidence there’s something pretty cinematic running through the songs, but the music also moves back to some 90s instrumental electro-industrial compositions. I especially refer to Benestrophe for the dark moods, subtle treatments and fine bleeps.

+ + + : Cellar Graves is bringing opposite elements together; there’s something bombastic in the production, which has been mixed with refined arrangements. Bombast and delicacy are joining hands while carried by solid bass lines. “Tormented” and “Omen” both are very efficient exposures of this work while I also have to mention the remix of “Witching Hour” by Blackcell.

– – – : You’ll notice a very few spoken vocals running through the work (Blackcell remix), but I think it would have been interesting to add a few more spoken vocals and/or chants/choir passages.

Conclusion: Cellar Graves is a project to keep in mind. There’s an interesting fusion between different influences running through the work while the vintage touch reminding the 90s is quite exciting.