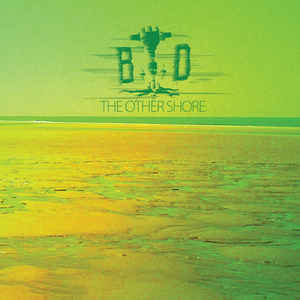 Background/Info: “The Other Shore” is the 2nd full length album of Broken Down. The band was set up in 2014 and hails from Bordeaux (France).

Content: I never heard of this band before and didn’t exactly know what to expect. The opening part reveals a mix of folk/rock influences and a harder metal touch. The guitar injects a heavy power boost while electronic epic arrangements reinforce the heavy side of the sound.

The 2nd part of the opus moves towards other musical horizons. An instrumental piece reveals an interesting cinematographic style while other cuts move into some punk-goth inspiration.

+ + + : The main strength of this work appears to be the debut tracks where they merge folk and metal-rock influences. The few epic arrangements are pretty cool.

– – – : I’m not convinced by the vocals production, which is missing conviction and volume. The diversity of the work seems to hide the main focus of this band, which still sounds like  they are in search of a real sound identity.

Conclusion: “The Other Shore” is missing a real homogeneity; the songs are exploring different grounds, but no solid sonic path has been found.