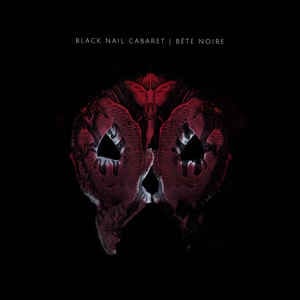 Content: The title song is one of the most powerful cuts Black Nail Cabaret has ever accomplished. This is the right title song for an EP mixing great sound treatments, a cool chorus and Emese’s powerful vocals.

We next get 2 more cuts, which are quite different. First there’s an instrumental and somewhat soundtrack-inspired song and next a kind of free electro-jazzy inspired piece.

+ + + : This EP is characterized by a remarkable title song, “Bête Noire” maybe being the best song ever composed by the band. It also stands for a creative and efficient electro-pop song, which can’t be compared to other bands and that’s precisely what Black Nail Cabaret always has done. The 2 songs left add some diversity to the EP revealing a different side from the band.

– – – : I like diversity, but I have to admit I’m not entirely convinced by the so-called B-side cuts featured at “Bête Noire”.

Conclusion: This is an EP with a terrific title track and 2 more songs revealing a totally other side of the band. “Bête Noire” makes me curious how the new album will sound.