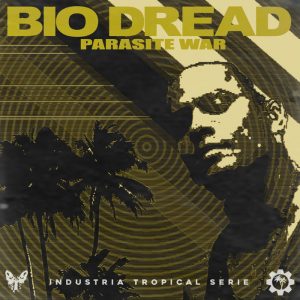 Content: This EP features 5 different songs, which are moving from dubby rhythms joined by industrial sounds to dark-electronics on the edge of ambient reminding me of early Frontline Assembly. The work progressively gets more complex, but always centered on industrial- and electro-ambient influences. Some passages are more into experimentalism.

+ + + : The dub-touch running through a few cuts, but especially the opening song is absolutely sexy! I also enjoyed the mix between electronics and ambient, which on “Shapeshift” might remind you of the early and darker work of Delerium. The complexity is reaching its climax at “Codex”, which is an appropriated title for this song.

– – – : While both debut cuts are absolutely great, the next 3 tracks are not exactly on the same level. The tracks are maybe too experimental in comparison with the more accessible debut.

Conclusion: Bio-Dread is an interesting discovery from South-America. I especially like the slow and sensual dub touch mixed with industrial elements! This is a refreshing composition.