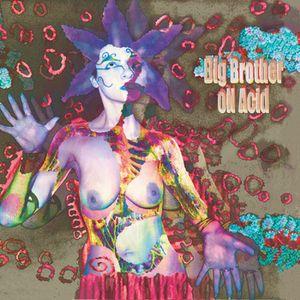 Content: Big Brother On Acid is a project set up by Brooklyn (USA) based producer ‘Mister G’. The debut album has already been released a few months ago, but has finally reached our headquarters.

Big Brother On Acid is using several influences so it’s nearly impossible to define the sound as one established genre. You many have to listen carefully for the influences running through the work, but it will be a hard labor as this band is literally working on a real big sound platform. I think we might easily speak about a kind of abstract electronic format, but other passages move into IDM and minimalism. Electronics and guitar manipulations cross each other.

A saxophone can be heard as well, which creates a kind of experimental and totally free-jazz like style.

Nothing seems to be weird enough for Big Brother On Acid and I’m sometimes really wondering if the main inspiration behind this creation is not the use of some hallucinogenic substances. I honestly don’t care because this album walks on new sonic paths. If experimental music often became the offspring of pure improvisation this “Big Brother On Acid”-CD is pushing experimentalism into a coherent production. It remains pretty weird, but made with a great sound intelligence and the passion to create unique sound treatments.

The work more appears to be a sonic patchwork featuring many influences and opposite styles. This is all a bit like music without compromises and no rules. It becomes a kind of pure anarchy in sound spiced with some delicious mystic elements –which mainly comes through during the final tracks.

When Mister G was asked what his music is all about he answered ‘it is all about life, stupidity, and the Antarctica dream’! I think there’s no better and more confusing way to describe the work of this sonic chameleon.

Conclusion: Big Brother On Acid is a total sonic enigma, but one that will get you in its grip like watching a David Lynch movie.