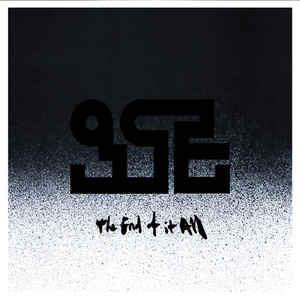 Background/Info: Set up in 2001 by Drakh and K. Meizter in Uppsala, Sweden, Beyond Sensory Experience has released their albums on leading labels like Cold Meat Industry, Old Europa Café and Cyclic Law. “The End Of It All” is their newest opus featuring 11 tracks.

Content: The work of this duo remains a spooky experience, which immediately will bring your imagination in action. The sound leads us through imaginary corridors covered by dark humming noises and desperate-like atmospheres. A few drones inject a touch of drama while some monstrous sonic manipulations will give you goose pimples.

“The End Of It All” mixes desolate spheres together with low resonating sound treatments and a few more refined elements like piano arrangements. It creates a kind of elevating illusion, which is rapidly caught by chilling electronic atmospheres. Several parts of the composition makes me think of a soundtrack.

+ + + : “The End Of It All” is a sonic voyage revealing different elements moving from dark and chilling passages towards more mysterious and wafting parts. I especially like the spooky touch hanging over this album, which is mainly created by the ghost-like spoken samples.

– – – : Beyond Sensory Experience clearly is a mature and talented formation although I can’t say this new opus is the most inspiring one they’ve created. It sounds maybe more intimate and even personal, but less overwhelming and poignant then previous releases.

Conclusion: “The End Of It All” sounds as the right title for a dark-ambient work reflecting a state of desolation and solitude. Welcome in the sonic area of suffer and pain.