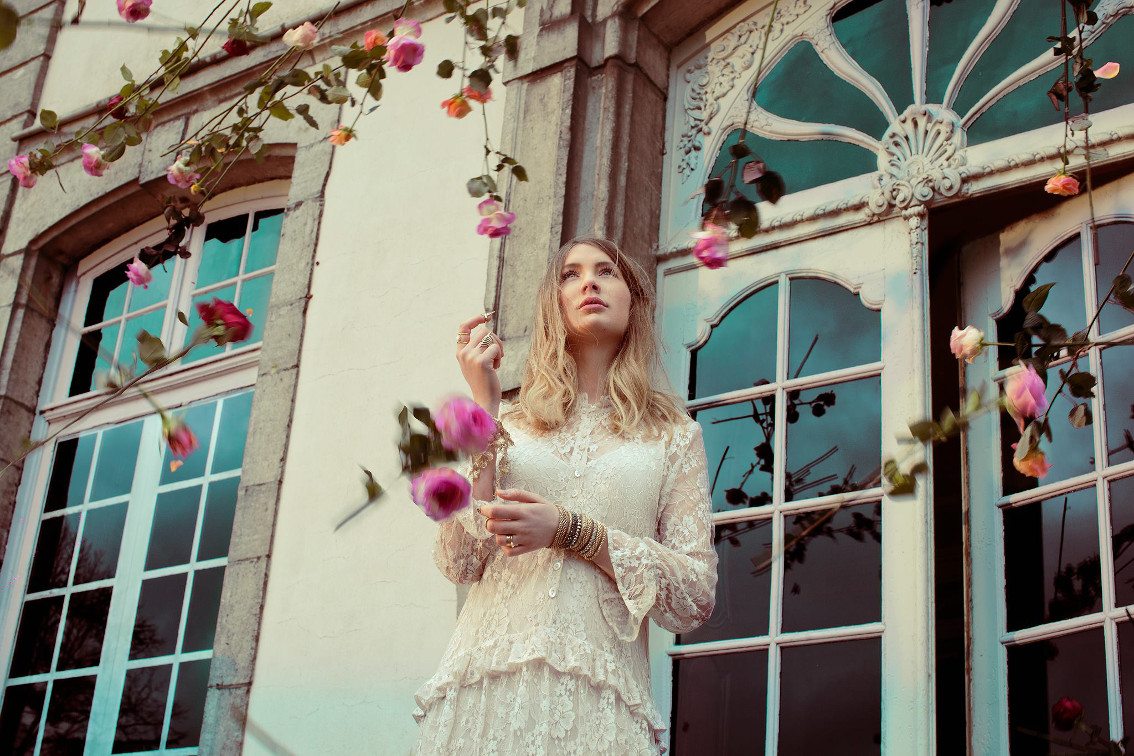 It does not often happen that we feature the Eurovision Song Contest on here, it actually only happens when we mention Telex, Pas De Deux or a-ha, but today we really are very supportive of what the Belgian candidate is offering at the Eurovision Song Contest 2017 in Ukraine. With “City Lights” the 17-year old Blanche delivers a superb dark electropop track (and splendid video) which leaves every other contender from the past 3 decades hundreds of miles behind.

The song was composed by Pierre Dumoulin (frontman of the fine electronic act Roscoe), assisted by Manu Delcourt (keyboardist in Roscoe) and Blanche aka Ellie Delvaux.

Ellie Delvaux got known to a wider public last year when she competed on season five of The Voice Belgique, where she was a member of Team Cats on Trees. But with “City Lights” she shows that she has more up her sleeve than just being a TV-show contender, although it shows she still lacks stage experience as you will have noticed. Nevertheless, the best song we have heard in years from this überkitsch festival.

If she doesn’t win she at least has won our and many other hearts. Belgium: 10 points!

Since you’re here … … we have a small favour to ask. More people are reading Side-Line Magazine than ever but advertising revenues across the media are falling fast. And unlike many news organisations, we haven’t put up a paywall – we want to keep our journalism as open as we can. So you can see why we need to ask for your help. Side-Line’s independent journalism takes a lot of time, money and hard work to produce. But we do it because we want to push the artists we like and who are equally fighting to survive. If everyone who reads our reporting, who likes it, helps fund it, our future would be much more secure. For as little as 5 US$, you can support Side-Line Magazine – and it only takes a minute. Thank you. The donations are safely powered by Paypal.
Tags: a-ha, Blanche, Brice VDH, Ellie Delvaux, Eurovision Song Contest, Simon Vanrie