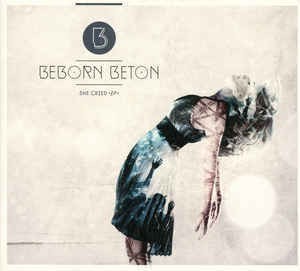 Background/Info: The album “A Worthy Compensation” was released last year and it was the first new album in 15 years for German electro-pop formation Beborn Beton. The opus sounds as a pretty cool comeback although it was not my favorite Beborn Beton album in history. “She Cried” is the second song (after “Daisy Cutter”) taken from that album to be released as the EP title-track and according to me it is the best cut from “A Worthy Compensation”.

Content: The title song remains a great piece of electro-pop music and for sure a reference in the band’s wide discography. It’s a catchy and danceable song reminding me of the early days of the band with this extra contemporary touch on top. Among the remixes of this song I noticed a great contribution from their producer Olaf Wollschläger and another cool remix by Zynic.

Among the other cuts left there’s a real cool and evasive-pop minded cover version of Human League’s “The Black Hit Of Space” and 2 remixes from album songs by Daniel Myer and Val Solo Of S.P.O.C.K.

+ + + : “She Cried” definitely remains the best song from their last album so it definitely is the best choice to be released as the EP-title song. This is alluring synth-pop revealing the chemistry between the sound and the brilliant vocals of Stefan Netschio. The club-minded and extended remix by Olaf Wollschläger is another brilliant piece of music. The remix of Human League is something special, and a real nice bonus as well. I was impressed by the monstrous sound blasts emerging from this cut.

– – – : I didn’t exactly expect an EP featuring a title song from an album that has been already released one year ago now. It’s a bit strange, but you don’t really hear me complaining. The only regret about this EP maybe are some of the remixes (except the one by Olaf Wollschläger), which didn’t really add anything extra.

Conclusion: “She Cried” is an exciting song to get back to the album “A Worthy Compensation”. It reveals Beborn Beton at their best reminding us of the genius of these German pop veterans.