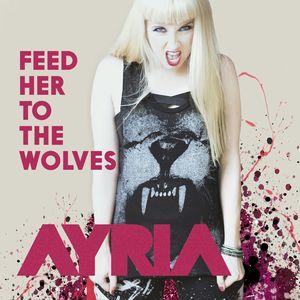 Content: Jennifer Parkin aka Ayria is not exactly an artist who’s releasing an album a year. She patiently takes her time to write new songs, but her fan bases will be happy to know that a new full length is planned for 2016.

This EP is a first teaser to welcome the 5th full length (cf. “Paper Dolls”) featuring 4 songs. We get 2 new tracks and 2 remixes. “Underneath The Water” is driven by a cool bass line and a cold tune. It’s a nice body-pop song with the typical timbre of voice of Jen Perkin on top.

The title song coming up next is a nice and somewhat surprising piece of music. It reminds me a bit of some sensual songs of Madonna. The half spoken – half sung style injects this sexy touch. Sound wise the track reveals great sound treatments where producer Seb Komor contributed to.

Komor himself did a fantastic remix of “Underneath The Water” on which he added his typical sound manipulations getting the song into an irresistible body-tech piece. We next get an alternative version of “Feed Her To The Wolves”, which sounds pretty dreamy, but not exactly what you might expect from an EP. It rather sounds like a cinematographic version driven by a low cadence and somewhat experimental electronic treatments.

Conclusion: I can’t say that this is the most convincing EP of Ayria in history, but Jen Parkin is back and that’s for sure big news for the fans!

Best songs: “Underneath The Water – Sebastian Komor Mix”, “Feed Her To The Wolves”.