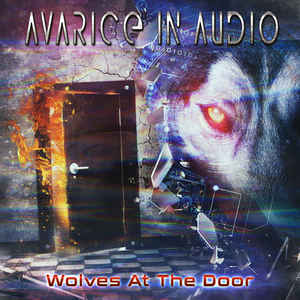 Background/Info: Gerry Hawkins, Lawrie Bayldon and Ben Barwick are getting back to their previously released full length album “No Punishment: No Paradise”. This is the third EP taken from the album featuring the title song plus 2 remixes and 2 new songs.

Content: “Wolves At The Door” perfectly stands for the dark electro-trance sound of the Australian formation. Their work is hard to define and even becomes a Chinese puzzle when psychedelic guitar parts join in. The song is a mix between dark-electronics, industrial-pop, trance and psy-rock. Remixes have been made by compatriots Shiv-R and Studio-X.

Among both cuts you’ll first hear the hard-banging and dark-techno driven “The Dance Of Aibion” and the somewhat softer “Innocent Enough”.

+ + + : One thing I’ve to admit is that Avarice In Audio is just doing they very own thing. They don’t care about music genres, but simply seems to exorcise whatever runs through their mind. “Wolves At The Door” wasn’t my favorite song from the album, but it perfectly transposed their approach into music. “The Dance Of Aibion” sounds in a similar vein. Avarice In Audio is just electro-underground you can’t compare to any other band and that’s what makes them original.

– – – : Both remixes of the title song make sense, but don’t bring any real bonus compared to the original edit.

Conclusion: Avarice In Audio is a kind of ‘alien’ among the electro underground scene. They’re mixing distant music influences together without taking care about established standards. More than this I get the impression their sound can be seen as a ‘big f*** you’ to sonic clones.

Best songs: “Wolves At The Door”.