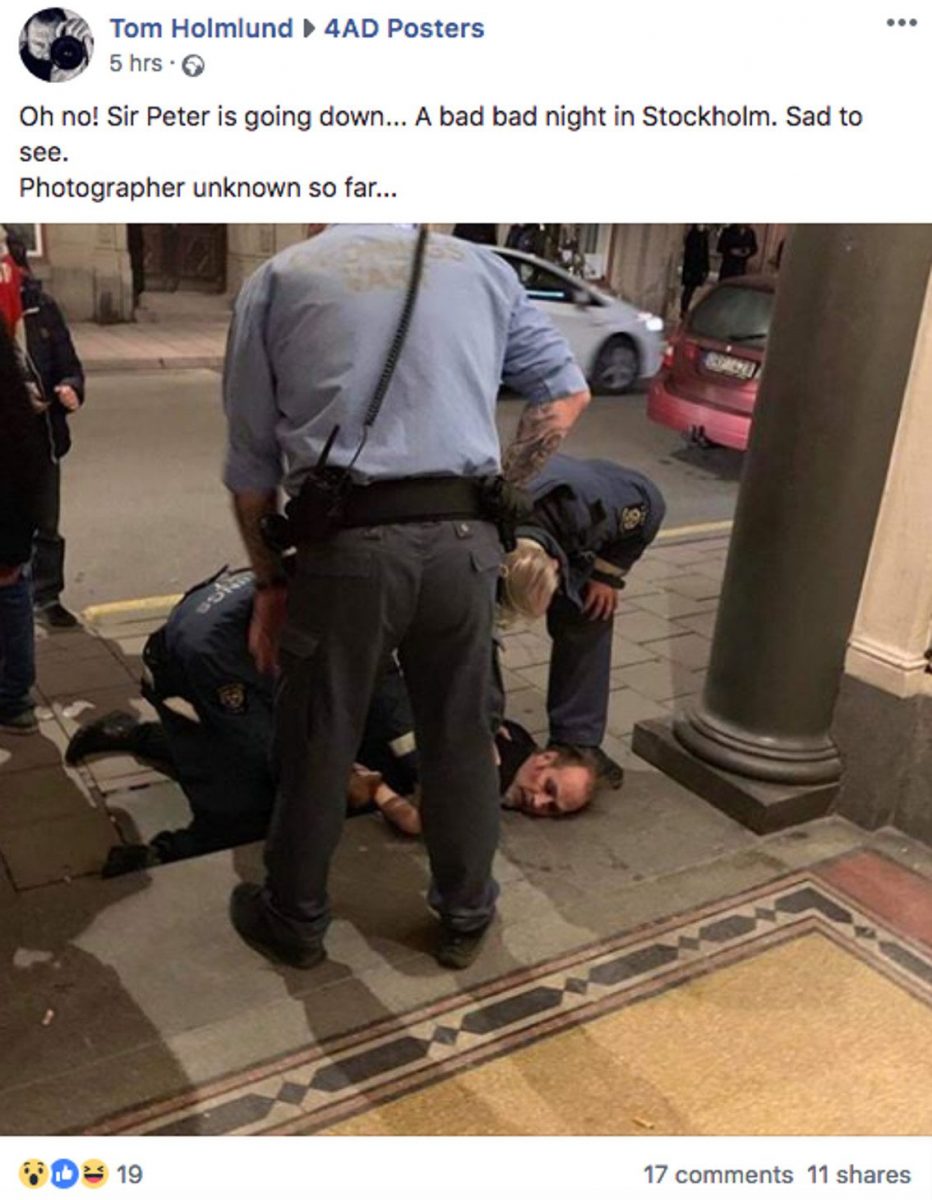 Never mess with a Swedish audience, Peter Murphy is also aware of that now. Murphy, who is touring Europe with Bauhaus bandmate David J, was literally thrown out of his own concert during a concert in Stockholm last night. That’s what Dagens Nyheter reports.

As it seems Murphy threw a bottle right into the audience, unfortunately injuring a fan who got the bottle right n his face and who suffered injuries. The organisers intervened and threw Murphy out of the venue after which the police (or a security team, as the jackets don’t really show) intervened.

A picture of the incident was posted on Facebook by Tom Homlund as you can see above and here’s an instagram video of the actual moment when Murphy launches the bottle.

“With one more song planned, the artists tour manager and technician decided to end yesterday’s concert with Peter Murphy since technical equipment had been destroyed due to incidents we at Nalen take very seriously. The artist acted in an unacceptable way towards the audience and our staff. We are currently trying to sort the situation out. If anyone in the audience got injured in any way, we would like you to contact us and report to the police. We also want to say thanks to the guests who helped us at Nalen and others in the audience.”