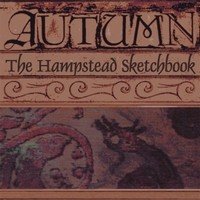 The album was recorded during the rehearsals for a series of jubilee performances. The work consists of a selection of songs that have been taken from their discography and recorded by the live line-up trio of the band while extra musicians joined in for 3 extra songs playing cello and clarinet. This album is an opportunity to go back in time and to rediscover songs from early cassettes like “And The Tress Will Welcome You Again” and “Wings Are Growing”.

The songs were played in a mature way while a kind of cinematographic impression comes through. It all sounds sweet and delicate while inviting the listener to dream away. Some of the songs remind me a bit of the early work of Endraum and I especially enjoyed “Sky Eye”.

A song like “Cairo” reveals the spirit of distant times although it’s a song that was originally released in 2001 on the “Fragments From Utopia”-album. It reveals a more electro-minded and ambient side of the band, which I personally prefer. The dreamy side comes through a climax at “Pond”, which is without a shadow of a doubt one of the main attention grabbers of this work.

This album is an interesting concept revealing easy listening songs, but the main element that hurts is the lack of passion emerging from the songs. The songs were perfectly played, but there’s no real apotheosis and that’s something I regret especially when you know the discography of this formation. It all remains a bit flat and that’s an element that mainly comes through during the vocal parts of Thomas Buchner. There’s less passion, which is an element that would have elevate the songs to a higher level.

Don’t get me wrong, this a pleasant listening, but I know there’s more potential hiding inside Autumn that what they’ve shown on “The Hampstead Sketchbook”. Notice by the way that album was recorded in London’s Hampstead Heath, which inspired the title of the work.

Conclusion: I really like the idea behind this work, but I can’t get away from the idea that it could have been accomplished with more passion and brilliance.