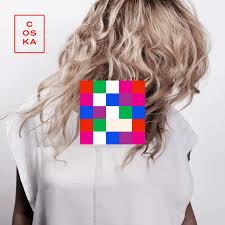 Content: Coska is a Finish duo based in Helsinki. They here deliver their debut-EP featuring 4 songs.

The opening song “Half-Life” is an interesting mix between some 80s pop elements and a refreshing dance-pop style. Some passages remind me a bit of Kate Bush. The title song coming up next is a cool composition confirming the pop vibes this band tries to inject in their sound while it all sounds pretty ‘dance’-like as well. Especially the vocals of Manna are pretty dance-minded, but all I can say is that she has a real good and powerful voice.

The 80s influence comes back on “Sunstruck”, which sounds a bit like an offspring between Aha and Vince Clark. The final songs confirm the interesting sound ideas this band is dealing with. “Sleepless Nights” reveals cool electronic bleeps and a deep bass line while like any good electro-pop song there also is a cool melodic passage running through the song.

Conclusion: I’m not saying that Coska is setting the world of electro-pop alight, but we get 4 enjoyable songs featuring interesting ideas. Let’s keep an eye on this band and wait for what’s coming up next.

Best songs: “What Are You Waiting For”, “Sunstruck”.