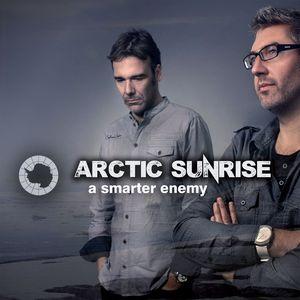 Content: Arctic Sunrise is a new name hailing from Germany which was set up by the duo Torsten Verlinden (vocals) and Steve Baltes (machines). They previously released a few digital EPs, but are now unleashing their debut album revealing 11 songs.

The band claims to be inspired by the good-old synthesizer music of the 80s and that’s for sure an element you’ll rapidly recognize throughout their compositions. I was impressed by the global accomplishment of their songs. The global writing is noticeable and elaborate. You immediately notice that this band took care to create captivating sound structures refined by little bleeps and moody atmospheres.

Some of their quieter and melancholic songs remind me a bit of De/Vision, but the work sounds more open-minded. A delicious although typical 80s flavor hangs over this work and sometimes remind me of legendary bands like Depeche Mode, and even to the ‘pop’-style of The Cure (cf. “Nothing More”).

The first part of the work is remarkable and a way to discover the potential of Arctic Sunrise. The songs are danceable, in a rather ‘power-pop’ style and carried by efficient chorus lines. We next move into quieter pieces featuring “Shellshock” as the most noticeable song. The final part reveals a few more attention grabbers and especially the outstanding “Dumb”. I’m not surprised this song was previously released as a digital EP. It’s a sublime mixture of great sound treatments together with a rather cold groovy and danceable element. A few more danceable and noticeable songs are “200 Souls” and “A Smarter Enemy” which reveal irresistible deep sound treatments.

Conclusion: Arctic Sunrise is pretty cool newcomer revealing a fully accomplished piece of work. This album is mixing good-old vintage synth-pop elements together with a refreshing and more contemporary approach.