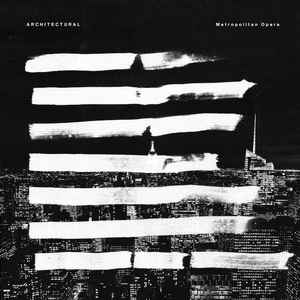 Background/Info: Operating from Barcelona, Juna Rico has released an impressive number of productions in a few years. His new self-released album (which is more a kind of mini-album) features 7 new tracks simply numbered from 1 to 7.

Content: Architectural is a producer driven by the power of techno, but his “Metropolitan Opera” clearly takes some distance with techno music. It starts off with dark-ambient passages and progressively moves towards a more eclectic composition revealing repetitive electro sequences, experimental treatments and somewhat neo-classic parts. The work is characterized by a strong soundtrack appeal. The single link with opera is the addition of manipulated and somewhat fragmented opera vocal parts.

+ + + : Architectural is an artist who apparently doesn’t like to repeat himself. “Metropolitan Opera” is an experimental kind of soundtrack composition, which will catch the attention of a non-techno minded audience. It’s an interesting and somewhat futuristic dark-ambient sound approach reinforced with crescendo-like electronic sequences and industrial atmospheres. The ultimate mix between obscure electro-ambient parts and neo-classic/opera-like music is reached o “5a#Opera”.

– – – : The main point with experimental- and visionary-like releases is that they are often driven by avant-gardism, which makes it hard to reach a wider audience. This is not exactly an ‘easy listening’-release rather than an imaginary conceptual soundtrack work for a non-existential movie/documentary.

Conclusion: If you’re becoming tired of the familiar dark-ambient productions, you better give Architectural a chance. It’s refreshing and totally different vision on ‘dark’ music.