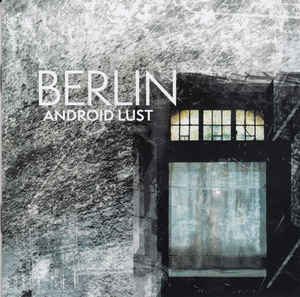 Background/Info: Shikhee better known under the Android Lust moniker is now busy for more than 20 years. She’s one of the very few female artists having gained an international reputation in the electro-underground scene. This new opus is the second one in the “Crater”-series, which is inspired by cities. Berlin is a great city to get inspiration and Shikhee visited studios, museums ao places to get immersed by the magic of this great city.

Content: The sound of Android Lust has been always something apart. I can’t say if it’s ‘feminine’ touch supporting the songs, but the releases always had something different. Android Lust is a band you can’t compare to another and this new work simply confirms the very personal approach of the artist.

Shikhee mixes elements of pop-, industrial- and minimal music. It sometimes sounds pretty experimental and sometimes moving on the edge of industrial-pop music. The particular sensual and sometimes haunting timbre of voice of the artist remains another main characteristic.

+ + + : I can’t say that Android Lust reinvented its own sound, but this album has something different from previous releases. It sounds a little bit more minimal and experimental and that’s precisely what I like. The sound treatments are original and sometimes reminding me of a contemporary version of Klinik. “Heart Tunnel” is an outstanding song in the genre and according to me one of the most accomplished and greatest cuts this artist has ever composed. Shikhee makes no compromises, but just moves on with her own flow and inspiration. Berlin seems to have been a great source of inspiration!

– – – : The minimalism and experimental side of the work might be the main obstacle to seduce a wider audience. “Berlin” is probably not her most accessible work!

Conclusion: Berlin is a sonic metropolis and always has had a visionary appeal, which seemed to have now contaminated Android Lust. It resulted in a creative disease and according to me maybe the best album of this artist to date!