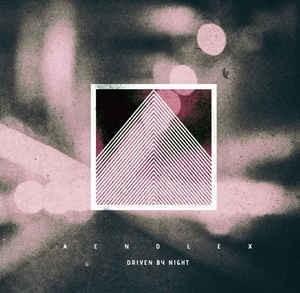 Background/Info: Aendlex is an Italian solo-project set up by Alex Boscarino. The band has been active since 2007 and has joined Rage In Eden to unleash its second full length album. Aendlex considers ‘music as an everlasting and ever changing research experiment’.

Content: The main source of inspiration seems to be the ‘ballad’ style, which has been mixed with other influences like neo-folk and rock music. It’s music to sit down and relax to. Some passages are dreamy while others are more into melancholia. A few guest musicians added some flute- and guitar parts.

One of the main elements of Aendlex appears to be the vocals. Alex Boscarino is a very passionate singer injecting a real spirit into his compositions. You sometimes can feel the pain reflected in his vocals.

+ + + : You don’t really need that many instruments and sound layers to compose music. That’s precisely what this intimate ballad style of Aendlex is all about, but the main strength probably are the vocal parts reflecting the soul of the artist. Despite of the numerous ballad inspired cuts, I have a preference for a few cuts driven by a slow cadence like “Mind Breeze” and especially “Back On CC” revealing an exciting Eastern sound atmosphere.

– – – : There’s not much variation in the songs, which in the long run became a bit monotonous. I don’t have anything against ballads and especially when it sounds very personal, but there’s no real climax here!

Conclusion: “Driven By Night” is an easy listening album, but without a true apotheosis. It’s not the kind of opus I’ll keep in mind.