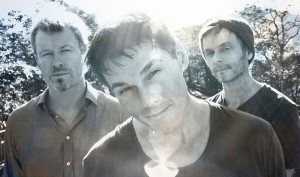 This is one for the Norwegian readers. The first 500 a-ha fans who find their way to the “Cast In Steel” signing at Platekompaniet in Oslo City will receive an invitation to attend an exclusive release party for the new a-ha album “Cast In Steel” on 9 September.

The signing takes place on 8 September from 5:00-6:00pm at the Oslo City Platekompaniet store. Fans may queue outside the store on the third level of the shopping mall before the event. Each person may have only one item signed. Due to time limitations, individuals will not be able to take photos with the band.

The release party tickets are limited to 500, so be sure to arrive at Platekompaniet early for the best chance to receive a ticket. The release party will take place at Union Scene in Drammen where the band has recently done tour rehearsals. Important detail, photos/videos are not allowed during this event.