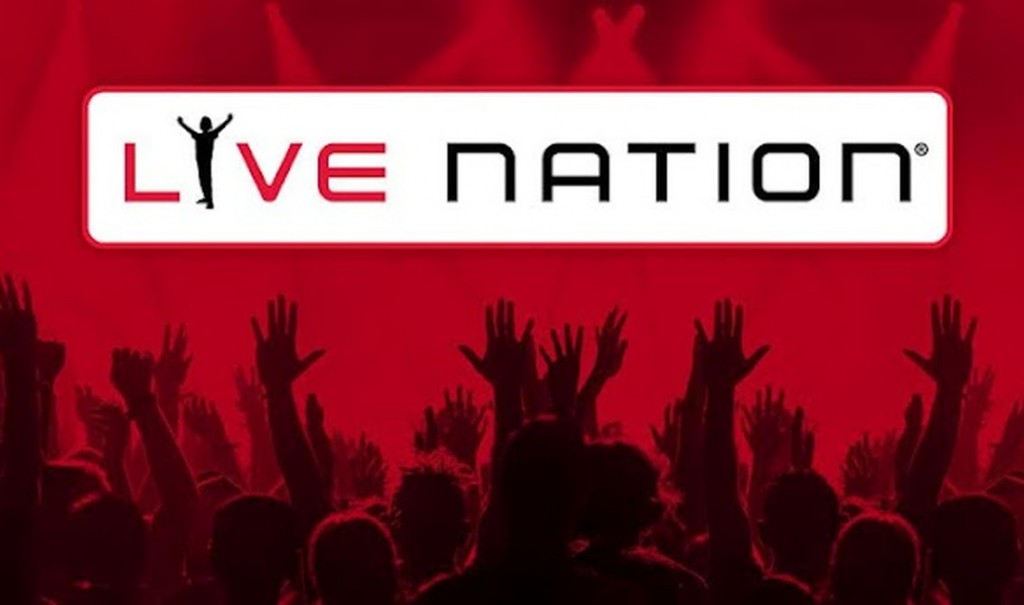 This has just hit the Belgian news but has not yet been announced outside Belgium. Until now.

Tickets for concerts by such top artists such as Depeche Mode, Muse, and so on are so popular that they usually sell for double or even ten times the official price and that via a very popular website which Ticketmaster (which merged with Live Nation in 2009) owns: Seatwave. Part of those excessive profits simply disappears into the deep pockets of Live Nation, which is often also organizing the event themselves. In short, they sell a same ticket 2 times and with increasing profits. Questions are also being raised now if Live Nation itself is manipulating the normal ticket sales in order to be able to sell tickets via Seatwave instead. 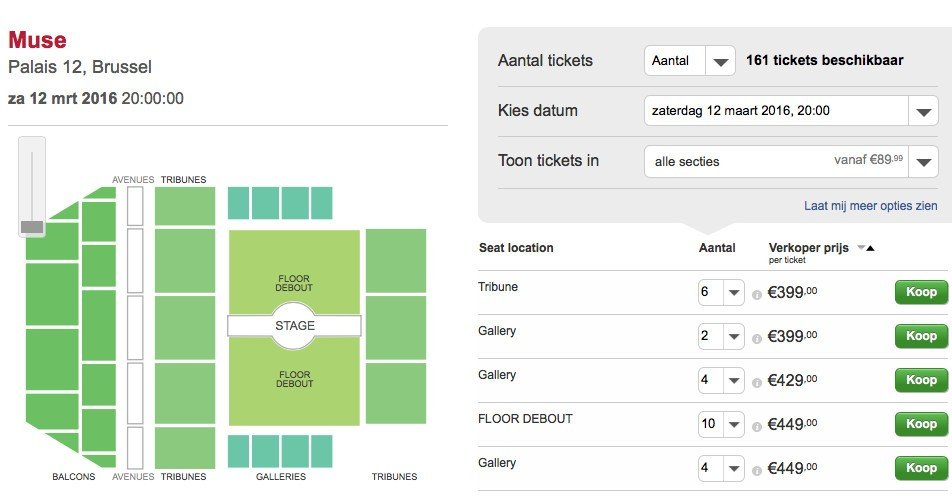 The whole is illegal in Belgium (and various other countries). Reselling tickets at a higher price than the original sale price is strictly prohibited by law in Belgium and this since October 1 2013. And that’s not only for Belgian companies. The law literally says: “The foreign retailers operating in the Belgian market must comply with Belgian law.”

So although Live Nation was cunning enough to register a .be domain name and operates from the Netherlands where reselling tickets is still ok, they are operating in a very illegal way in Belgium using the .be domain. One of the biggest ticket companies in Belgium, Belgian Tele Ticket Service, is even blacklisting Seatwave because it considers it to be a very shady company operating illegally on the Belgian market. Also the official Belgian federal institution FPS Economy has blacklisted Seatwave.

The Seatwave website is clearly trying to misinform web visitors by not mentioning that it is a Live Nation / Ticketmaster owned website. Instead it’s ‘about us’ section reads that “Seatwave is opgericht door een groepje mensen die van mening zijn dat het gewoon simpel en veilig moet zijn om aan tickets te komen. We zijn blij dat je bij ons terecht bent gekomen en streven ernaar aan al je verwachtingen te voldoen.” (Eng. “Seatwave was created by a group of people who believe that it just has to be simple and safe to get tickets. We are glad you found us and strive to meet all your expectations.”) It looks like a fun amateur initiative, but no word of Ticketmaster or Live Nation who actually run the show, that fact is only mentioned in the footer in grey (on purpose to not look too visible).

As a result many people have now filed a complaint with the authorities against Seatwave  operating on the Belgian market. The story will be continued, there is no doubt about that.

Since you’re here … … we have a small favour to ask. More people are reading Side-Line Magazine than ever but advertising revenues across the media are falling fast. And unlike many news organisations, we haven’t put up a paywall – we want to keep our journalism as open as we can. So you can see why we need to ask for your help. Side-Line’s independent journalism takes a lot of time, money and hard work to produce. But we do it because we want to push the artists we like and who are equally fighting to survive. If everyone who reads our reporting, who likes it, helps fund it, our future would be much more secure. For as little as 5 US$, you can support Side-Line Magazine – and it only takes a minute. Thank you. The donations are safely powered by Paypal.
Tags: Live Nation, Seatwave, Ticketmaster