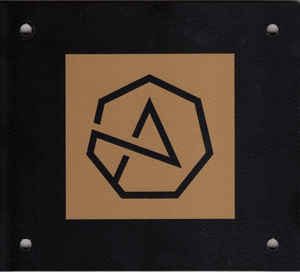 Background/Info: French solo-artist Nicolas Druoton is back on track unleashing his second official opus. After the great “Layer 8” released in 2015 on Ad Noiseam he now joined hands together with Agnost1k for this new opus. Notice by the way the label decided to release the CD version as a special gold edition, which is a handcrafted CD box limited to 50 copies. All the boxes include a special artwork poster card to support the work of the designer.

Content: “Etched” moves on there where “Layer 8” stopped. The production becomes more sophisticated and revealing an impressive arsenal of influences. Slow and bombastic rhythms have been joined by great sound treatments, which are now into electro-industrial music and then into more evasive space-like atmospheres. Blasting sounds and crashing noises have been accomplished by refined, icy bleeps. There even is a kind of jazzy piano arrangement running through one of the songs.

+ + + : 2Methyl is not exactly dealing with one established genre, but appears to be a sonic osmosis of electronics, industrial, IDM, dubstep, ambient, d’n’b and even jazz. All influences are simply coming together in a harmonious and intelligent composition. There’s a nice twist between bombastic elements and refined bleeps. I like a harder cut like “Tech2”, but also a more sophisticated cut like “Cross”. It illustrates the creative spirit of this artist who also dares to experiment with jazzy elements. Last, but not least I’ve to express my respect for the great artwork of this handcrafted box. It reminds me of the good-old days where artists were more into real creation and originality.

– – – : There’re maybe one or two cuts which can’t fully convince me, but you don’t hear me complaining. “Etched” is probably one of the best releases of the year at the wider fields of industrial music!

Conclusion: 2Methyl simply confirms the great composing skills which were already shown on previous productions. The sound is accomplished, intelligent and original. It’s also true for the artwork so this work is a must have!