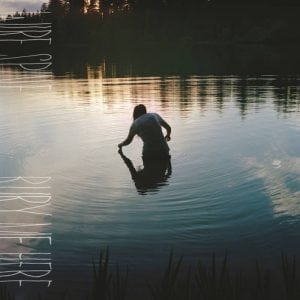 Content: “Buy Me Here” has been released on CD- and vinyl format, each edit featuring 15 songs. The influences running through their sound are partly reminding me of the 80s. New-wave and dark-pop elements have been mixed together. Despite this album has been mastered by Daniel Myer, the production has something raw and unpolished, which even sounds a bit like a live studio recording.

+ + + : Negative Gain has a nose for ‘atypical’ formations and it’s the same for Wire Spine. I’m always interested in bands trying something different from the ‘masses. So Wire Spine have a very own sound, which has something ‘sterile’ and still pretty vintage like carried by female vocals. The last part of the album gets my preference.

– – – : The unpolished production has something very retro-like, but I can’t say I really like it. Most of the songs reflect this old ‘demo’-sound from the late 80s – early 90s.

Conclusion: “Buy Me Here” might appeal for electronic lovers from the late 80s period. There’re a few cool ideas running through the work although I’m more than skeptical about the impact of this band.