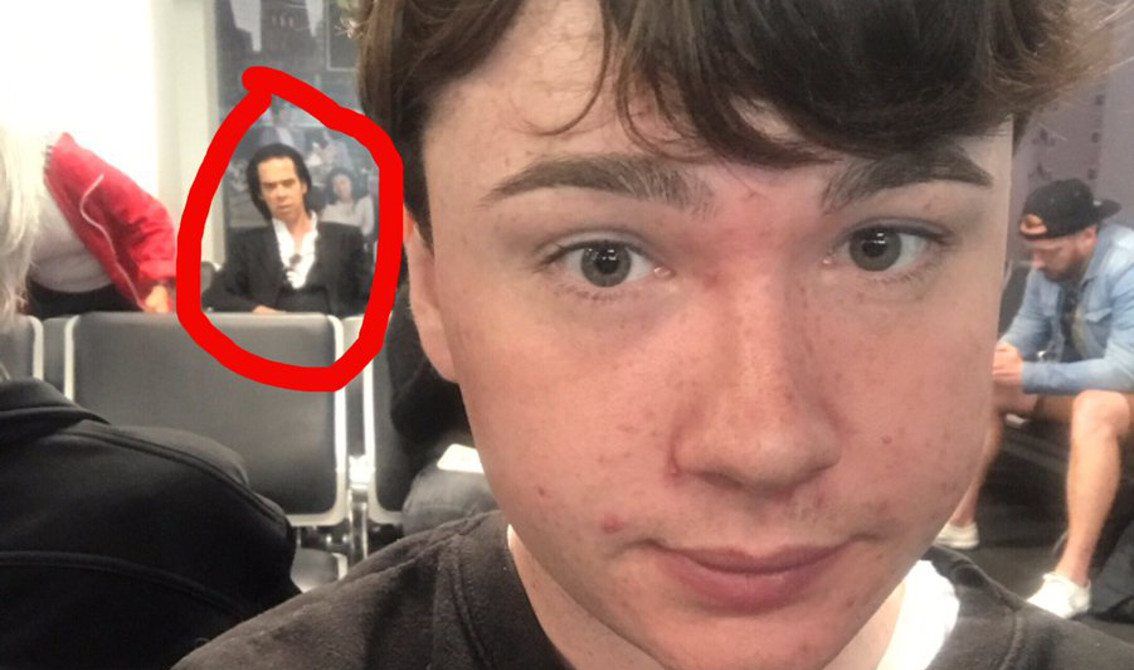 Self proclaimed stand-up comedian James Malcom, 22, from New Zealand, claims he had no idea it was Bad Seeds musician Nick Cave when he posted two photos of the artist on social media. The first picture shows Nick Cave in the background at an airport waiting room.

Malcom asked “does anyone know who this is? People keep asking him to sign their t shirt” and “Can someone please tell me who this celeb is? Everyone was asking him for pics and I didn’t wanna feel left out”.

The young men is wearing a t-shirt of Miley Cyrus and when he was born, in 1995, Cave was completing the “Murder Ballads” album which he would release the next year. From that album “Where the Wild Roses Grow”, a duet featuring Cave singing with Kylie Minogue, was a hit single.

Below are the tweets.

Does anyone know who this is? People keep asking him to sign their t shirt pic.twitter.com/Md4fU1uKZD

Can someone please tell me who this celeb is? Everyone was asking him for pics and I didn’t wanna feel left out pic.twitter.com/s67vF5rZKZ

The tweets got quite a lot of retweets, thousands, which is big difference to Malcom’s earlier (quite unfunny) tweets which got barely any attention. A one-shot comedian? Who knows.

Since you’re here … … we have a small favour to ask. More people are reading Side-Line Magazine than ever but advertising revenues across the media are falling fast. And unlike many news organisations, we haven’t put up a paywall – we want to keep our journalism as open as we can. So you can see why we need to ask for your help. Side-Line’s independent journalism takes a lot of time, money and hard work to produce. But we do it because we want to push the artists we like and who are equally fighting to survive. If everyone who reads our reporting, who likes it, helps fund it, our future would be much more secure. For as little as 5 US$, you can support Side-Line Magazine – and it only takes a minute. Thank you. The donations are safely powered by Paypal.
Tags: Bad Seeds, James Malcom, Nick Cave