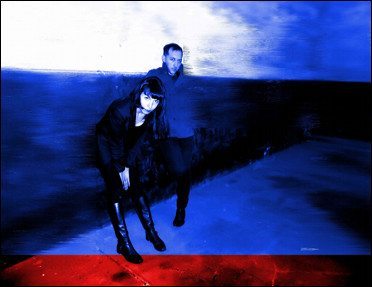 Vólkova, a Argentina based duo consisting of Paula Lazzarino and César Canali, formed in early 2013. They want to recreate the same atmosphere that you could find in electronic and experimental bands from the early industrial music history. Influenced by minimal wave and bit pop they have now released a single debut, “In the shadow of the silent majorities”, which consists of 2 tracks. You can purchase the single on Bandcamp.
A video for it should be launched by the end of August. You can preview the single below.