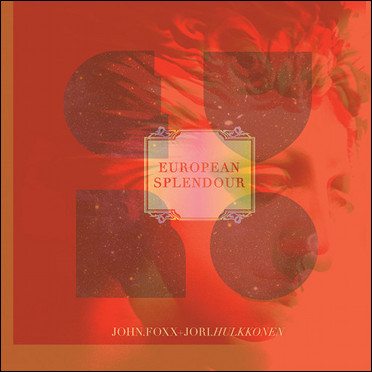 Available now in pre-order is an EP Jori Hulkkonen recorded together with John Foxx. “European Splendour” can be pre-ordered in two formats: CD and vinyl. Note that the CD and vinyl have totally different artwork. It will be released by Sugarcane Recordings on the 19th of August, 2013 but you can order both formats right now on Amazon USA, Amazon UK and Amazon DE.
The front cover artwork – which is as we indicated different for both formats – is by Jonathan Barnbrook and features a photograph of a new sculpture by John Foxx. Both formats include a remix of “Evangeline” by renowned film-director / artist David Lynch.
You can listen to an extended preview of “Something Is Coming Down The Avenues” and “Can’t See You Anymore” below.
The full track-listings are as follows: