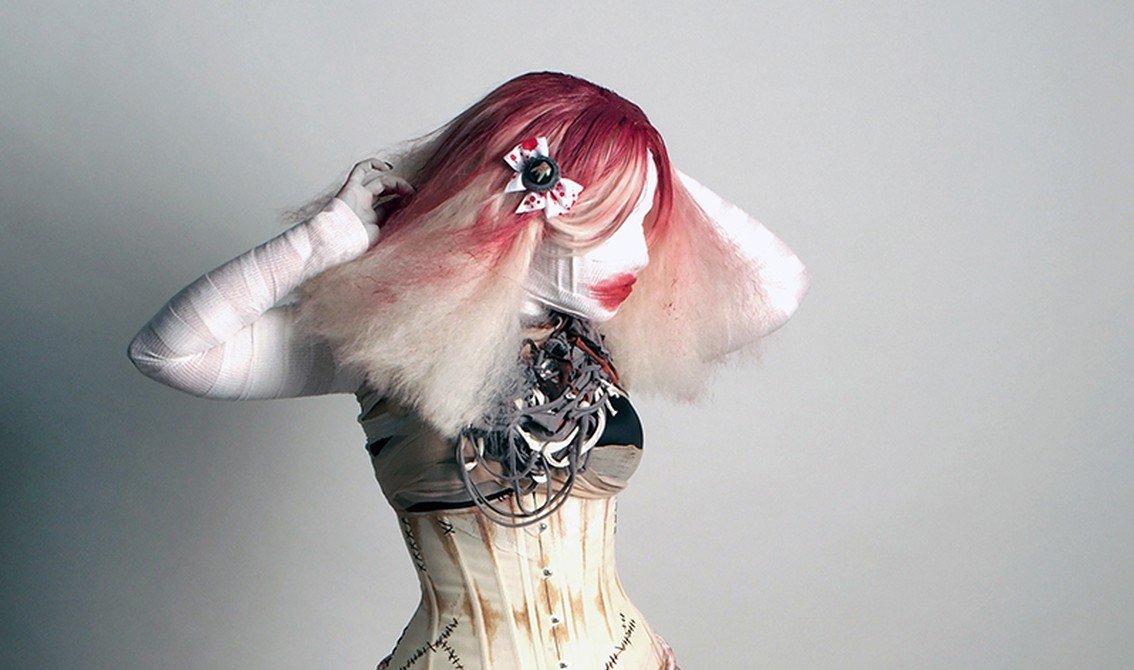 With the release last April 2015 of the download EP “Sacrament To The Scalpel” and the “Emulgent disfigurement” 2-track download single on the Alfa Matrix label, Washington DC act Venal Flesh triggered quite some expectations in the hungry dark elektro scene. Out in March will be “Worshiping At The Altar Of Artifice”, the debut album for the duo consisting of Dan Barrett (aka rhythmic noise act Worms Of The Earth) and DJ/model VanityKills.

You can now listen to 3 tracks from this forthcoming album which is available for pre-order on CD/2CD and as HQ audio download via Bandcamp (and soon on other download stores).

“Worshiping At The Altar Of Artifice” will also be available as a deluxe carton box edition with a bonus 10-track CD holding 5 exclusive songs plus 5 alternative remixed versions. You can order this 2CD set right here.

Check out their previously released “Sacrament To The Scalpel” EP: