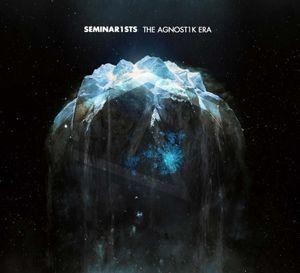 This sampler reveals 13 formations, which clearly belong to the heaviest and most extreme side of contemporary industrial music. The gap between industrial and hardcore-techno (and even gabber) has never been this close. Some of the bands are quite familiar and renowned formations, but the sampler also pays attention to reveal a few less familiar names like Futur Dynamic, Billy S. and Synaptic Memories.

The opening part is more dealing with a merciless mix of industrial-noise and hardcore-techno music. Nearly all tracks in the genre will possibly catch your attention, leaving you stupefied by the aggressive assaults of those formations. The American project of Fiend probably is the one deserving an award for the heaviest and most accomplished work in the genre, but I also have to mention Demanufacturer, Futur Dynamics and Billy S. & AK-Industry.

The second and main part of the sampler walks on the more familiar paths of pure power-noise and rhythmic-noise. This is an opportunity to (re)discover established names like Mono-Amine, The Relic, The Peoples Republic Of Europe and of course Iszolscope. Iszolscope unleashing a violent sound, but conceived with a great sound intelligence.

I also have to mention real monstrous sound treatments by noise-makers Mono-Amine and Synaptic Memories. The final cut is somewhat different, but still a great track composed by Billy S. We get a kind of rhythmic-ambient composition, which is more into dark atmospheres. It’s the single cut where you feel a kind of calm-down element emerging from the composition, which is the right way to bring this sampler to an end.

Conclusion: “Seminar1sts – The Agnost1k Era” is a real ‘industrial-bomb’ and in my opinion is one of the best industrial-minded samplers of the year!