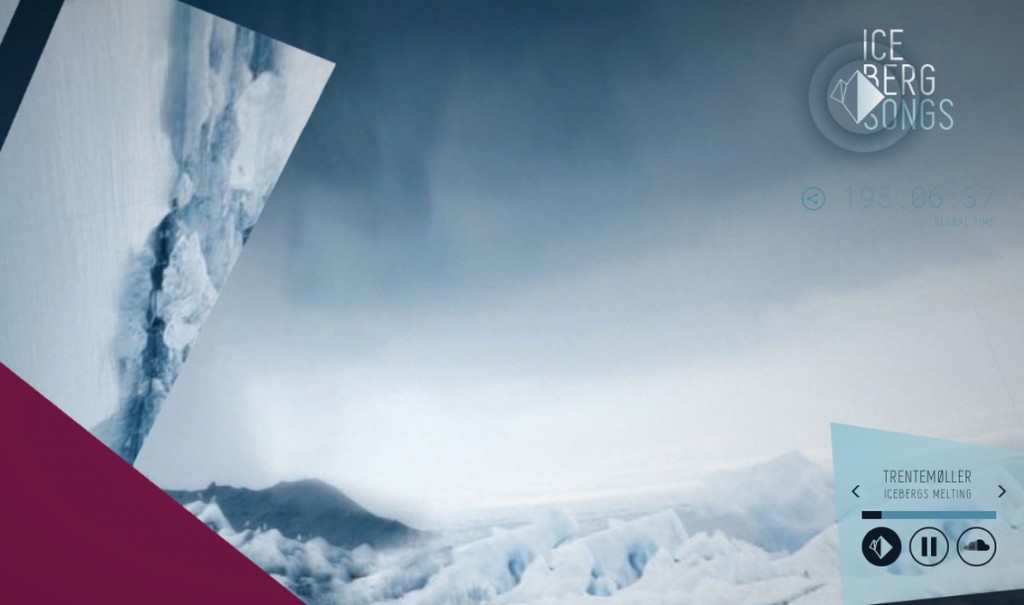 (By Elise Din) – When an iceberg melts, is born, moves or grounds it delivers some unique sounds (people who have seen some of the older Jacques Cousteau South Pole documentaries or the more recent BBC documentaries by David Attenborough will remember that).

Several musicians, including Trentemøller have now made music from the sounds that scientists at the South Pole recorded of an iceberg that ‘melts’. And it’s especially this ‘melts’ that is not well received by several scientific experts. They say that the band is being abused for the climate lobby because the sounds do not differ from sounds of icebergs that move, or hit each other as you can hear in the video below. So it’s indeed a bit odd to call it the sound of a melting iceberg…

The acoustics under the ice on the South Pole are being recorded since 2005 by scientists in the PALAOA (Perennial Acoustic Observatory in the Antarctic Ocean) who mostly study the sounds of the sea creatures in the Antarctic Ocean. They labeled the sounds as being from melting icebergs, but the U.S. National Oceanic and Atmospheric Administration (NOAA) has been recording exactly the same sounds in the past few years of… growing and stranding icebergs.

The project itself is part of a United Nations program to draw attention to the much talked about global warming issue, something which is still up for debate though as there is absolutely no agreement between scientific experts that this is human made, let alone that there is a global warming. Nevertheless, quite an enjoyable project.

So far both the Danish DJ and producer Trentemøller and the German duo Tom and Sue Niklas (TFSNL) have recorded a song. Later also songs from other musicians will be released.

You can see the official trailer below.

Here’s a short news item on the sounds researchers have recorded of icebergs scraping past each other, after an earthquake or as they break up.