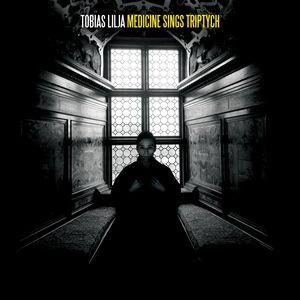 Content: Tobias Lilja is a Swedish artist you might have discovered on a previous work released by n5MD. This musician remains a rather unknown name in the wider fields of electronic music, but I really hope that this album will get a great exposure, which might increase the popularity of Tobias Lilja.

This album is characterized by a real high degree of production. The mix is absolutely impressive revealing great artistic skills. But the writing is even more impressive. This musician is constantly merging styles with each other, which appears to be a trademark of Lilja. There’s a kind of chemistry between the genres. A big and somewhat technoid kick merges with industrial elements and haunting, ambient atmospheres. That’s the way this work takes off while the upcoming track sounds like a ballad rapidly moving towards a pure sonic explosion.

There’s a constant move from cinematographic passages towards a kind of rhythmic electro-ambient music, which sometimes becomes industrial as well. It moves from pure reverie to overwhelming sound vibes, which are sometimes joined by technoid grooves. The work has been accomplished by multiple sound effects and great treatments. “Medicine Sings Triptych” is an atypical album revealing an artist who clearly doesn’t want to get labeled in an established music genre.

Tobias Lilja belongs to that genius ‘race’ of sound makers who are exploring unknown sound paths. He’s using established influences to create an original melting pot. I’m not surprised this album ends with a remix by Hecq who’s a more renowned sound architect.

Conclusion: The magic of this work resulted from the hard labor of a musician who clearly strives for sound creativity.

Since you’re here … … we have a small favour to ask. More people are reading Side-Line Magazine than ever but advertising revenues across the media are falling fast. And unlike many news organisations, we haven’t put up a paywall – we want to keep our journalism as open as we can. So you can see why we need to ask for your help. Side-Line’s independent journalism takes a lot of time, money and hard work to produce. But we do it because we want to push the artists we like and who are equally fighting to survive. If everyone who reads our reporting, who likes it, helps fund it, our future would be much more secure. For as little as 5 US$, you can support Side-Line Magazine – and it only takes a minute. Thank you. The donations are safely powered by Paypal.
Tags: Tobias Lilja