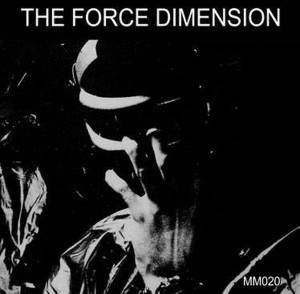 In 1989 KK Records released The Force Dimension’s self titled debut. It now finally sees a reissue on vinyl/CD. This reissue edition contains the debut album, originally released as KK020 on KK Records in Belgium 1989, the so-called red edition, which was produced by the band themselves and a free bonus cd which includes both the red and blue editions (produced by Luc Van Acker). Also included are the complete tracks from the first two 12 inches “Dust” and “Tension”.

The tracks have all been remastered. This limited set of 500 units is available now, get your order before it’s sold out.