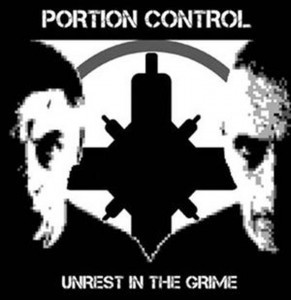 And the limited editions keep on coming. Here’s one from Portion Control – which just like Numb’s will be sold out in no time. The “Unrest in the grime” vinyl/CD holds a selection of outtakes and unreleased demos from the UK electronic cultband. The release is a collectors limited edition of 500 hand-numbered vinyl copies (including a CD), with no re-press. Copies can be ordered right here.

Order now or you will never have the chance again!