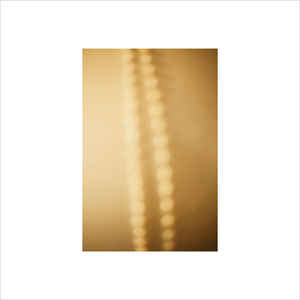 Background/Info: Behind The Empire Line is hiding a Scandinavian duo of producers. Jonas Rönnberg and Christian Stadsgaard joined hands to achieve this debut EP featuring 4 songs.

Content: The band being signed to Avian  I expected a technoid inspired sound. I was surprised to discover a modern industrial-minded sound accentuated by drones and experimental treatments. The tenebrous sound is pretty haunting, but this ambient approach progressively got joined by trance structures.

The progression in the global production is interesting, but remains carried by dark exponents and multiple industrial noises.

+ + + : It’s fascinating to see how music genres, which appears to be miles away from each other can be easily associated and become complementary. When techno producers experiment with industrial music you get this surprising and avant-garde experiment. Both debut tracks are great and reveal all the artistic creativity of the duo. This is modern industrial music carried by an overwhelming sound production.

– – – : “Syndicat De La Couture” is hard to label and is probably too underground and definitely too industrial-like for the usual techno standards. It makes the music less accessible although I can imagine lovers of IDM and progressive industrial will  like it.

Conclusion: The Empire Line is interesting duo, which sounds like building a bridge between different and sometimes opposite music genres. This formation doesn’t care about established standards and simply exorcises their own musical ideas I must say in a rather successful way.