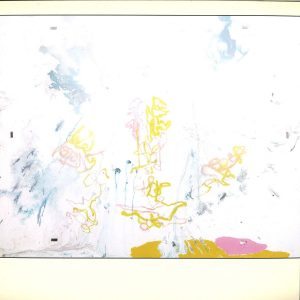 Background/Info: Lasse Bjørck Volkmann is a producer hailing from Copenhagen (Denmark) and active under the Metalized Man-moniker. I noticed he released a few productions on Infinite Waves. He now launches his debut album on the young label Foul-Up.

All the influences create a sophisticated, but often complex sound texture. The tracks move from ambient reverie to darker and mysterious passages, but also reveal a noticeable experimental- and glitch side.

+ + + : The least I can say is that Metalized Man deals with a very unique approach, which rather sounds as the addition of influences instead of a real music genre. The composition is complex, but original and mainly characterized by great and creative sound treatments. I especially like the merge between industrial-like sounds and chilling ambient atmospheres. “Epileptic Windmill” is a cool and intelligent song in the genre.

– – – : The complexity of the sound is not what I would call accessible for a wider audience and that’s probably the main difficulty this album will have to convince music lovers. The experimental side is for sure a creative element, but I’m not that fond of the extremer manipulations. I’m not sure many people will keep the weird and surreal title of the album in mind.

Conclusion: Metalized Man sounds like an artist who came from another planet! This is alien music, which needs a few listenings before making a connection.