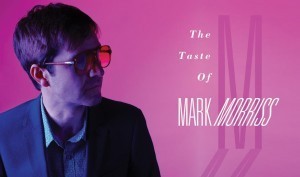 The new Mark Morriss album, a covers album titled “The Taste of Mark Morriss”, will be out July 31st on the Acid Jazz label, but a first teaser has now been released, namely his version of the Sisters of Mercy cult hit “Lucretia” and this via a video.

The album is the second studio solo album from Morriss and holds 12 covers of songs by The Sisters Of Mercy, OMD , The Pet Shop Boys, Jesus & Mary Chain and many more. The album is available via Amazon

Below is the acoustic session video of “Lucretia” by Sisters of Mercy.