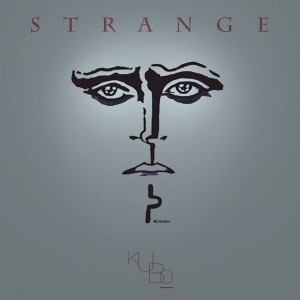 The brand new single from KuBO is available today for pre-order on iTunes. At the same time the band also launched the official video for the track. “Strange”, in aid of the Terrance Higgins Trust Cymru (Wales), and in tribute to the New Romantic trail blazer Steve Strange, will be available to download worldwide from Friday 14th August 2015 on. The sleeve artwork is taken from ‘Saint Steve Strange’ by New York based artist Matthew Lineham, part of his ‘New Wave Saints’ Series.

Says the band: “The song itself focuses on Steve’s legacy and his unique vision for not only who he was, but how he wanted to portray himself to the world as an artist. He became more than just ‘Fade to Grey’, more than an oddity on the cover of a magazine. He become an Icon for a moment in time, the face of a small group of outsiders, who decided the 80’s was their decade, and it was ok to be strange.”

The track will be arriving in 2 unique versions: the ‘Synthwave Mix’ and ‘Darkwave Mix’. Below is the official video.

Since you’re here … … we have a small favour to ask. More people are reading Side-Line Magazine than ever but advertising revenues across the media are falling fast. And unlike many news organisations, we haven’t put up a paywall – we want to keep our journalism as open as we can. So you can see why we need to ask for your help. Side-Line’s independent journalism takes a lot of time, money and hard work to produce. But we do it because we want to push the artists we like and who are equally fighting to survive. If everyone who reads our reporting, who likes it, helps fund it, our future would be much more secure. For as little as 5 US$, you can support Side-Line Magazine – and it only takes a minute. Thank you. The donations are safely powered by Paypal.
Tags: KuBO, Steve Strange