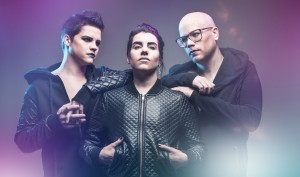 RepoRecords have signed a new band, the Swedish electro-pop act Me The Tiger. Out now is the band’s new official video for “What Promises Are Worth” which is also the band’s newest single taken from their forthcoming album “Vitriolic” which will be out on September 4.

Tags: Me The Tiger, RepoRecords