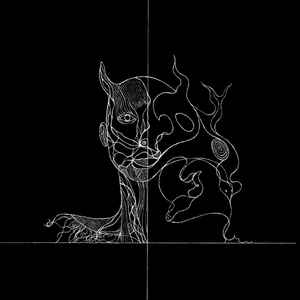 Background/Info: Sphyxion is driven by the French brothers Frédéric and Olivier Charlot. You might know their main project Maninkari, devoted to ritual/industrial music. They’re now back on track unleashing the second work of Sphyxion.

Content: Sphyxion sounds more into minimal-electronics, but is still characterized by dark sound atmospheres. “2” features intriguing passages accomplished with great sound treatments and carried by a slow cadence. The other side of the album reveals a more ambient approach, which is sometimes joined by ritual elements. Notice by the way the tracks remained untitled.

+ + + : The minimal electro side is quite fascinating. Sphyxion there shows a great taste for electronic sounds and arrangements. The sound is minimal, but the procedure reveals a more sophisticated work. The opening cut is a cool track illustrating this sound. I also like the dark spheres hanging over the songs. It injects an anguishing flavor to the work.

– – – : A few more ambient-driven cuts aren’t exactly the most accomplished ones.

Conclusion: I think that next to Maninkari, Sphyxion also is an interesting exposure from the brothers Charlot. “2” reveals a mix of sound intelligence and obscure sonic moods.

Since you’re here … … we have a small favour to ask. More people are reading Side-Line Magazine than ever but advertising revenues across the media are falling fast. And unlike many news organisations, we haven’t put up a paywall – we want to keep our journalism as open as we can. So you can see why we need to ask for your help. Side-Line’s independent journalism takes a lot of time, money and hard work to produce. But we do it because we want to push the artists we like and who are equally fighting to survive. If everyone who reads our reporting, who likes it, helps fund it, our future would be much more secure. For as little as 5 US$, you can support Side-Line Magazine – and it only takes a minute. Thank you. The donations are safely powered by Paypal.
Tags: Sphyxion