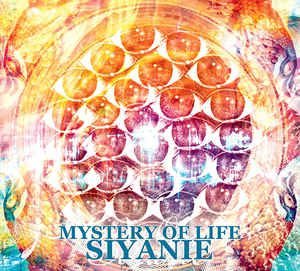 Background/Info: After having released 2 albums plus one split-album on Moonsun Productions, Russian band Siyanie joined hands with Zhelezobeton to unleash their newest opus. Driven by Sergey Ilchuk (ex-Vresnit, ex-Vetvei) and Dmitry Shilov (Neznamo, Peal Grim, Magickal Things) “Mystery Of Life” is a selection of live tracks.

Content: “Mystery Of Life” is an interesting experience, that sounds like the meeting between different sound universes. It definitely sounds dark-ambient like, but also mysterious and even psychedelic. The use of authentic instruments like a sitar and a flute inject a surprising and transcendental effect.

You feel like you are moving from nihilistic sound passages into reverie, a bit like the passage from one work towards another.

The ambient part also reveals an intimate aspect, which mainly comes through on the final part of the work. A few voices add a ritual aspect to the work.

+ + + : “Mystery Of Life” is a versatile and fascinating exploration of different influences. I especially like the dark-ambient influence, which has been mixed with authentic instruments. It adds an Eastern touch to the work, which feels mysterious and even into pure psychedelic music. The ritual touch created by some spoken-like voices is another intriguing aspect of the work. This is a creative side of dark-ambient music, which sounds clearly different than familiar productions in the genre. One of the absolute highlights is “Invocation”, which sounds like magic through the sitar playing merged with humming sound waves.

– – – : The live aspect of the record is present, but not at the forefront. I guess it’s not really the point!

Conclusion: Siyanie is a band I discovered and the least I can say is that their very personal and somewhat transcendental approach in dark-ambient music is absolutely original and sounds great.

Best songs: “Invocation”, “The Moment Of Truth”, “Chant for Beauty”.