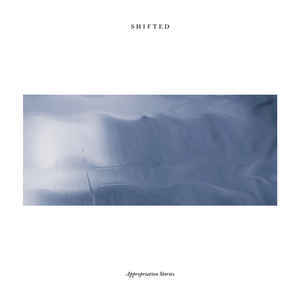 Background/Info: Guy Brewer was previously involved in the Commix project. After he had left this formation he set up Shifted and released multiple EP’s and 2 previous full lengths. “Appropriation Stories” is available in different formats and has been released on Hospital Productions.

Content: This work reveals 10 cuts, which brings us quite instantly for a walk on a dark sound path filled with industrial and minimal sound elements. The work sounds pretty IDM orientated, but still always close with techno influences.

Shifted likes to experiment with sounds and manipulates noises resulting in deep vibrating sound blasts and other buzzing sound waves. Played at louder volume this is the kind of music that will make all of your windows tremble while giving you a feeling of suffocation.

+ + + : Shifted brings different influences together creating a captivating dark experiment, which might appeal to lovers of industrial- and techno music. The sound is totally surprising and into pure underground. I have a preference for the more IDM beginning of the album. The album is accomplished with a professional and irresistible sound production.

– – – : Some passages are pretty experimental-like and not my favorite part of the album. Shifted experiments with a lot of ideas and sometimes loses a bit the control to finally reach a kind of improvised sound.

Conclusion: Shifted invites the audience to join in for a dark and atypical techno journey, which will also catch the attention of industrial music freaks.