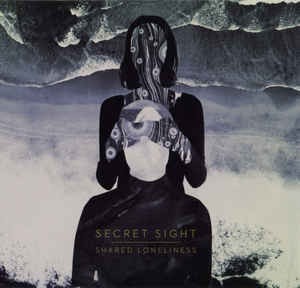 Background/Info: Secret Sight is an Italian trio. They released their debut album (cf. “Day.Night.Life”) now three years ago. This second opus has been released as CD format on Unknown Pleasures Records and as vinyl on Manic Depression Records.

Content: “Shared Loneliness” will appeal for lovers of cold-wave and dark-rock music. The music is clearly inspired and driven by 80s influences and sometimes reminds me to New Model Army. It’s not the typical and ‘pure’ cold-wave style, but a mix between several influences, injecting some rock elements as well.

+ + + : The guitar playing is not only an important and probably most essential element of this work; it also reveals a talented guitarist. There are a few beautiful songs featured and I especially want to mention “Flowers” and “Over”. I also have to mention “Fallen” for its great chorus and the cover version of “The Fire” originally written by The Sound. This song is a great apotheosis.

– – – : “Shared Loneliness” is a beautiful production, but I rapidly get the impression I’ve already heard this kind of music a thousand times before. Don’t get me wrong, I enjoyed the listening and recommend the album, but if I’d to choose I definitely would play an album from an 80s band instead of Secret Sight.

Conclusion: If you like the dark tones of new-wave music mixed with some extra elements related to rock music, Secret Sight will be your guest for ten songs of entertainment and dark reverie.