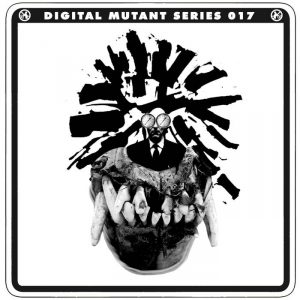 Content: From the very first seconds of the album you’ll notice the mix between industrial- and techno music. I sometimes get the impression of hearing Esplendor Geometrico going techno. The tracks are well-crafted, now accomplished with some extra space-like sound arrangements and then with acid sequences.

+ + + : I can’t say that Rubbish T.C is really innovating, but the main strength of this opus is the harmony between the industrial- and techno elements. The tracks also reveal great production skills. It’s a creative fusion between different elements resulting in a dark and frenetic danceable experience. You even possibly get into a transcendental sensation after a while.

– – – : “Nova Express” is maybe too dark- and industrial like for techno heads and too techno-minded for the hard-core industrial freaks. The only single regret I can imagine is that some tracks during the final part are maybe a little less repetitive.

Conclusion: Rubbish T.C is a fascinating discovery resulting from a meticulous fusion between industrial- and techno music. This is the darker side of techno music!