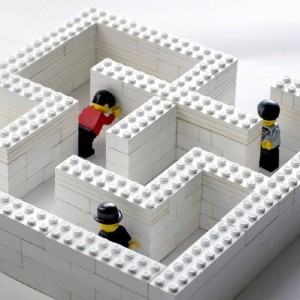 (By our Norwegian correspondent Jan Ronald Stange, photos by Tarjei Krogh and Jan Ronald Stange)
It doesn’t get more retro than the Norwegian synth pop band Schnodig, and besides the excellent mix of Kraftwerk and 80/90’s eurodance inspiration, with a touch of post-punk & new wave, there’s also loads of dark humor in their music.
They been playing together for three years, and released their self financed debut album “Nerver i en bunt” last February, having an blast of a release concert and party!

The next confirmed concert will be at the Elektrostat festival in Oslo, November 5/6th 2015.

These days they just released a cover of the classic song “Noen å hate” (“Somebody to hate”) as a part of a competition to join an upcoming tribute album for the legendary post punk/rock band Raga Rockers.

Meanwhile, while we’re waiting for the results, have yourself a Norwegian language lesson here:

It’s not just their music and pictures that’s a bit twisted, do also check their YouTube channel with bunches of hilarious videos!


Listen to their debut album at Spotify, and there’s also rumours of a remix album after the summer.  Pay attention, Kant Kino fans! 😉
Since you’re here … … we have a small favour to ask. More people are reading Side-Line Magazine than ever but advertising revenues across the media are falling fast. And unlike many news organisations, we haven’t put up a paywall – we want to keep our journalism as open as we can. So you can see why we need to ask for your help. Side-Line’s independent journalism takes a lot of time, money and hard work to produce. But we do it because we want to push the artists we like and who are equally fighting to survive. If everyone who reads our reporting, who likes it, helps fund it, our future would be much more secure. For as little as 5 US$, you can support Side-Line Magazine – and it only takes a minute. Thank you. The donations are safely powered by Paypal. Alternatively you can also donate using Cryptocurrency if you want to donate just once.