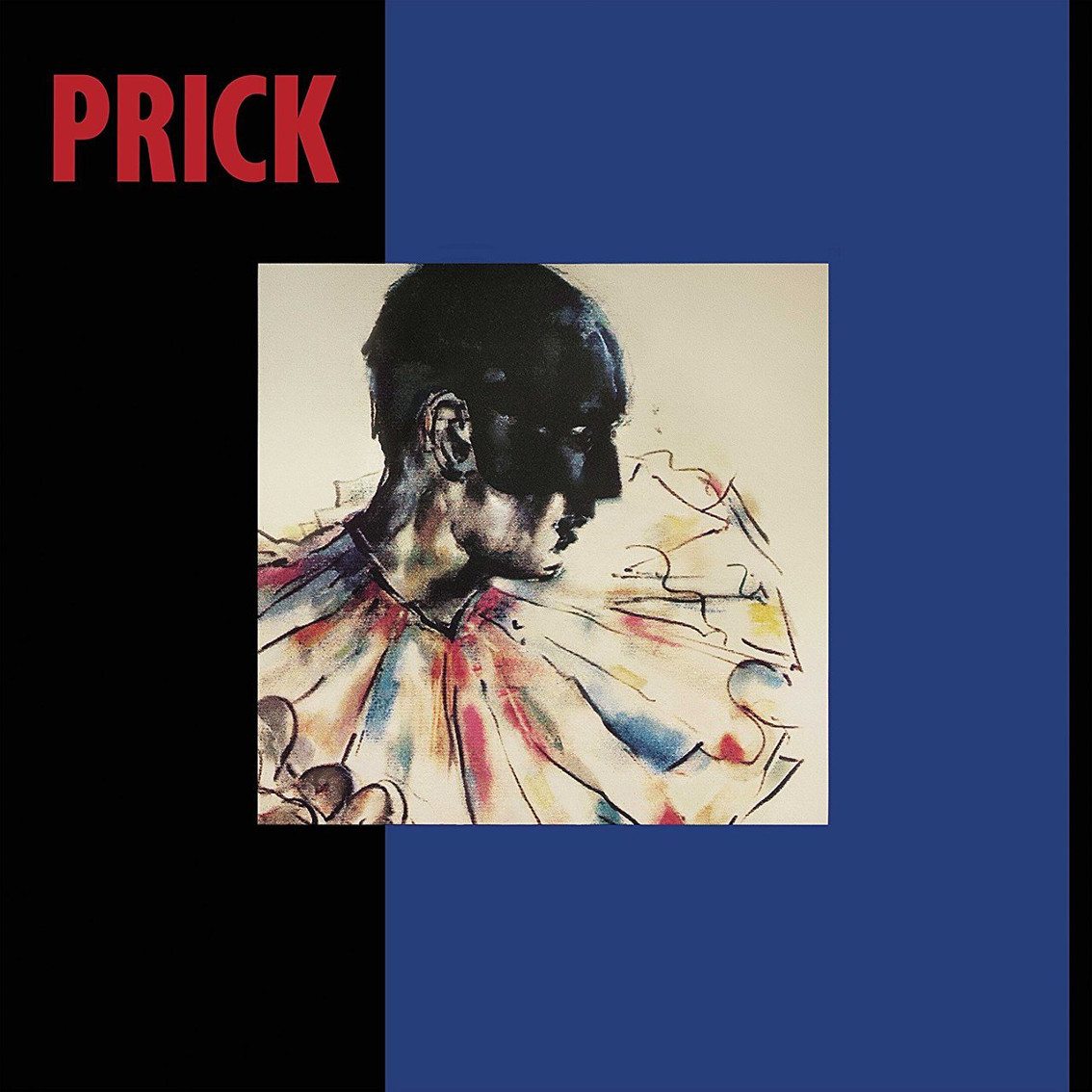 Out now and available right here is the vinyl reissue of the self-titled debut album by Prick, which was an American industrial rock band signed to Trent Reznor’s Nothing Records imprint. The project was founded in 1992 in Los Angeles by guitarist and songwriter Kevin McMahon, after his first project Lucky Pierre disbanded. Pressed on vinyl for the first time, this very limited vinyl edition can be ordered right here.

The first line-up of the band featured McMahon on vocals and guitar, Chris Schleyer on guitar and Andy Kubiszewski (Exotic Birds and Stabbing Westward) on drums. The songs on the band’s debut were written from 1989 to 1992 by Kevin McMahon. He then recorded four demo songs with Trent Reznor, a longtime friend and a former Lucky Pierre member who found success with his new project, Nine Inch Nails.

These demo-songs were recorded in Reznor’s Le Pig studio and featured a re-recording of a track from Lucky Pierre’s 1988 “Communiqué” EP. After Reznor was fully immersed in the recording of Nine Inch Nails’ second album, “The Downward Spiral”, McMahon went to England to collaborate with British producer Warne Livesey. 8 songs were recorded after which the band signed to Nothing Records of Interscope, a vanity label founded by Reznor and former Lucky Pierre manager John Malm Jr..

In 1994, McMahon assembled a live band for this project. The new line-up featured Kevin McMahon on vocals and guitar, Chris Schleyer on lead guitar, Sebastien Monney on bass, Brian Kehew on keyboards and Sean Furlong on drums and performed under the name Riverhead in clubs in Los Angeles. Kehew eventually left the band after 3 shows and was replaced by Paul Roessler in late 1994 after which the band changed its name to Prick and released its debut 7-inch single, “Communiqué”, which was followed by the band’s self-titled debut album in 1995. The album would sell 66,000 copies.

The track “Animal” became a minor alternative radio hit and its music video, which you can see below, was released the same year.

Furlong and Roessler were fired from the band in 1995 while Garrett Hammond replaced Furlong on drums and Dave Ogilvie was hired for live programming. In 1996, McMahon moved to London to record a follow-up Prick’s debut album. Due to creative differences and McMahon’s reluctance in producing a more radio-friendly effort Prick was dropped from Nothing Records. In 2002, he released Prick’s second studio album, “The Wreckard”, independently through Lucky Pierre Music’s official website. At the same year, he assembled a new line-up for the Prick, consisting of Greg Zydyk on guitar, former Lucky Pierre member Tom Lash on bass and Andy Kubiszewski on drums. The band briefly performed in 2002 and 2003.

After that the band would only release “Boston Live” in 2009 via Lucky Pierre Music.

Since you’re here … … we have a small favour to ask. More people are reading Side-Line Magazine than ever but advertising revenues across the media are falling fast. And unlike many news organisations, we haven’t put up a paywall – we want to keep our journalism as open as we can. So you can see why we need to ask for your help. Side-Line’s independent journalism takes a lot of time, money and hard work to produce. But we do it because we want to push the artists we like and who are equally fighting to survive. If everyone who reads our reporting, who likes it, helps fund it, our future would be much more secure. For as little as 5 US$, you can support Side-Line Magazine – and it only takes a minute. Thank you. The donations are safely powered by Paypal.
Tags: Kevin McMahon, Lucky Pierre, Nine Inch Nails, PIG, Prick, Trent Reznor